Inspector Trompe-Loieil and Mademoisellet Quossont return to Nutmeg Junction starring Jandi Hanna and Olivia Wadsworth featuring an all star cast in our who-dunnit called “Til Murder Do We Part” With theme music by Robert C. Fullerton 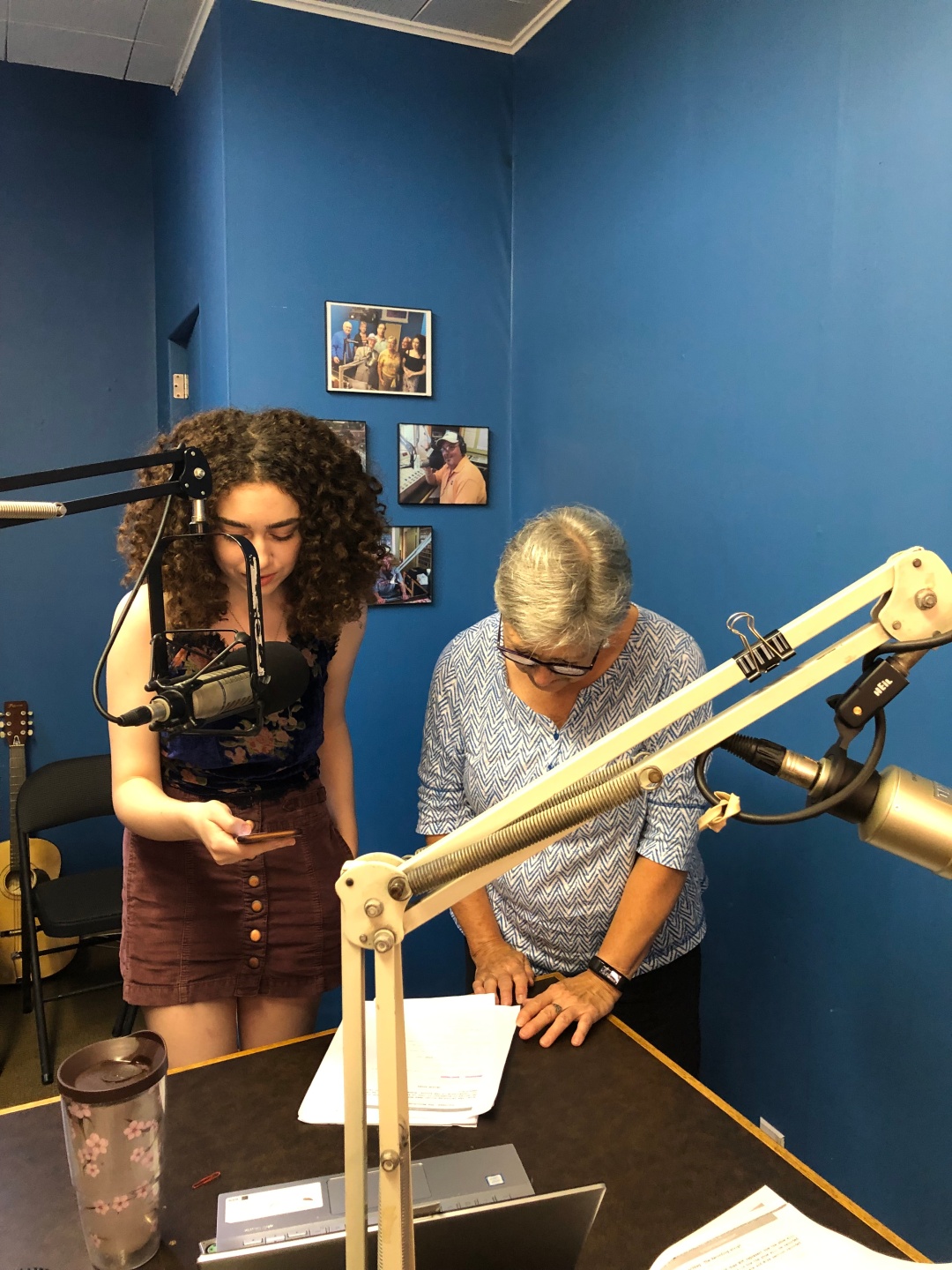 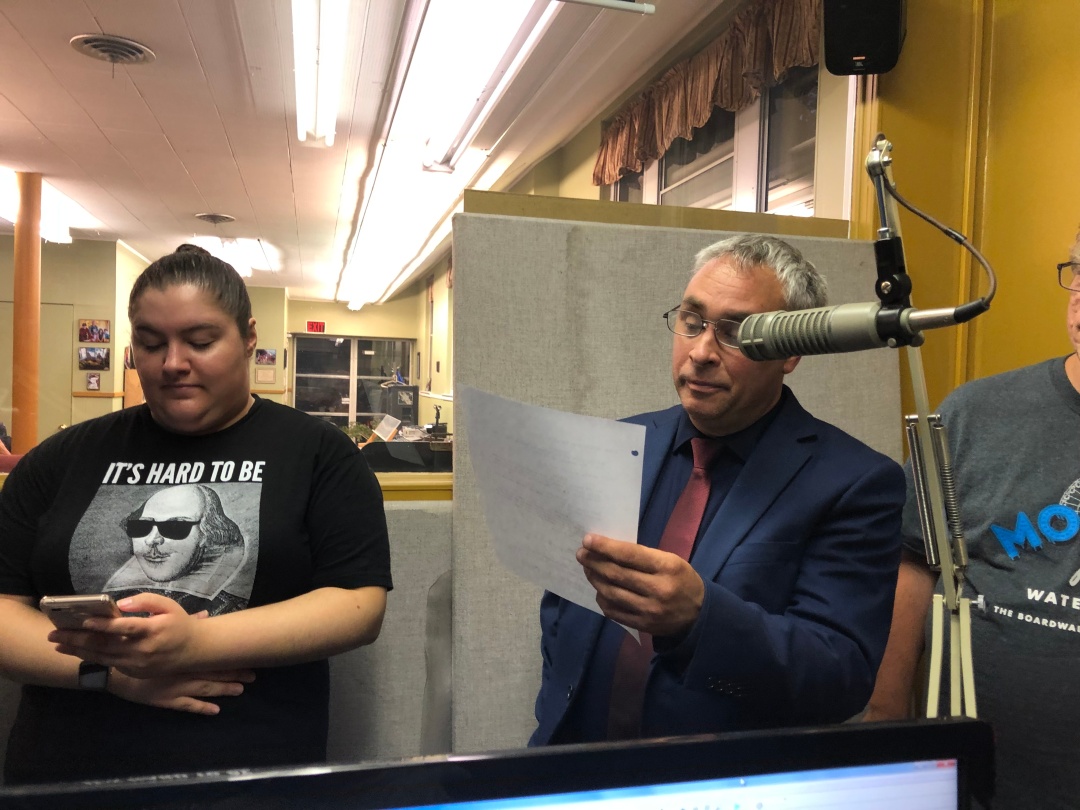 The program was recorded at WAPJ Torrington Community Radio

Kayla Soule as the Concierge 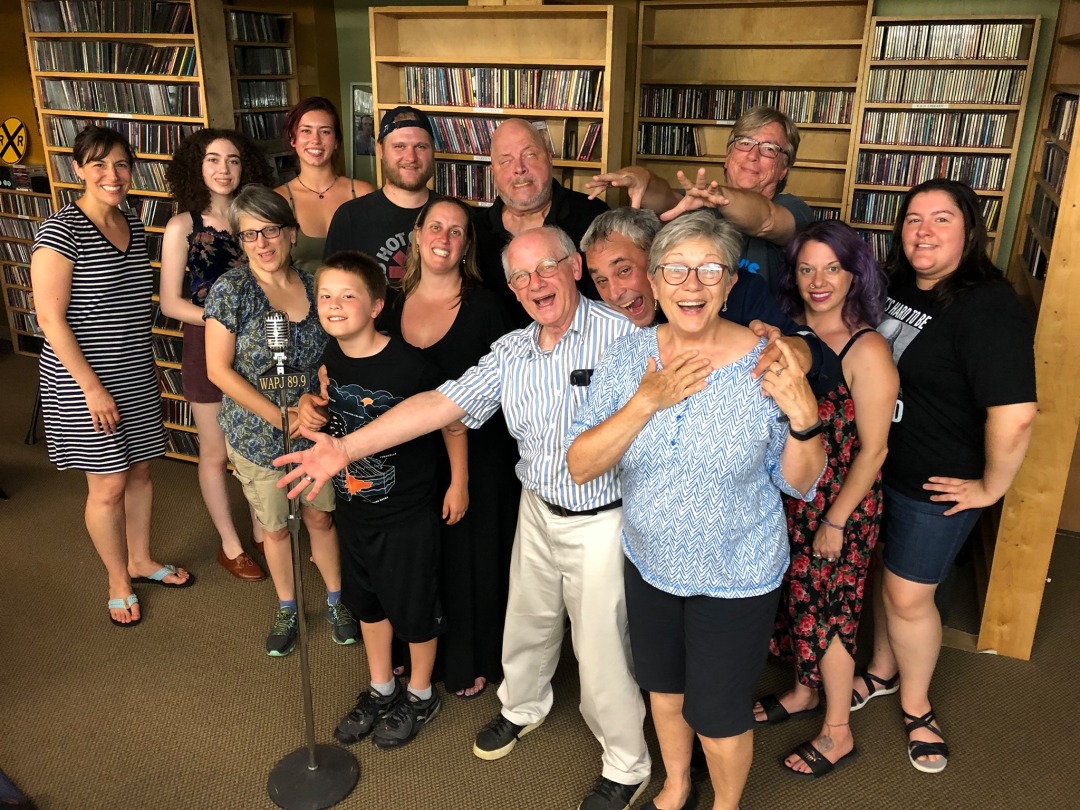 There are three “station stops” on the Nutmeg Junction trolley for this episode. 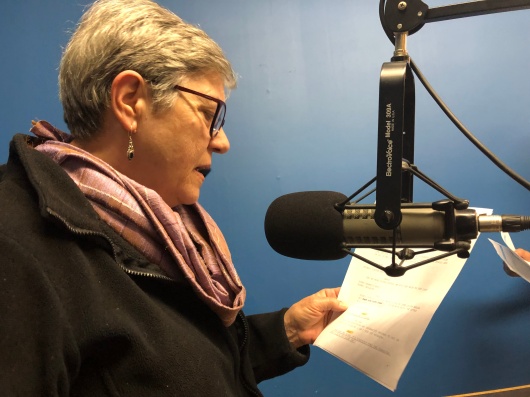 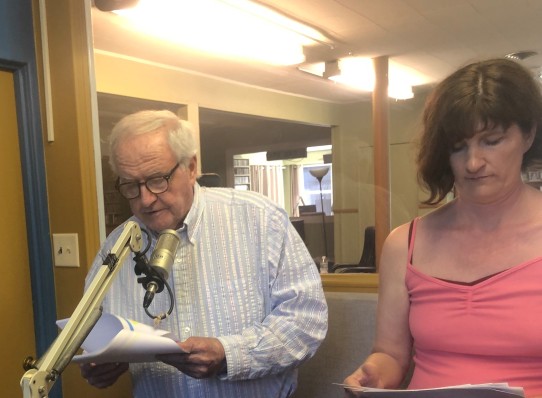 SYNOPSIS:
The first feature: Fanny and Fred and the Telephone Company. Your friends and mine Fanny and Fred from Locust Hollow have to contend with reaching a live person at the telephone company in this all too real scenario!
Starring Jandi Hanna and Jeff Savage as Fanny and Fred with Laurel Briggs, Kurt Boucher, Lana Peck and J. Timothy Quirk 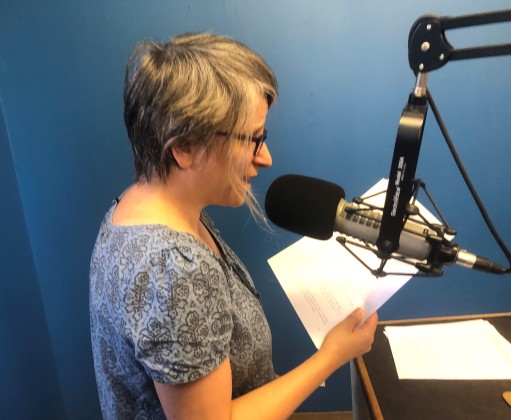 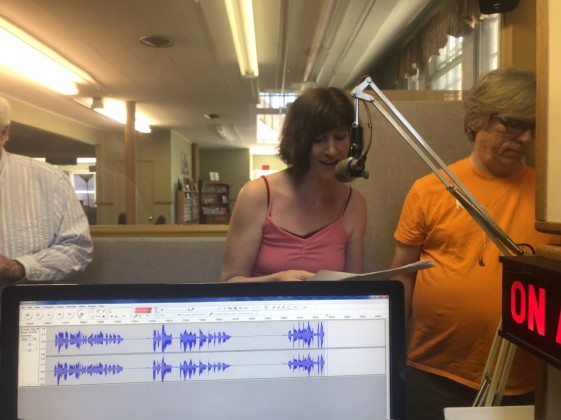 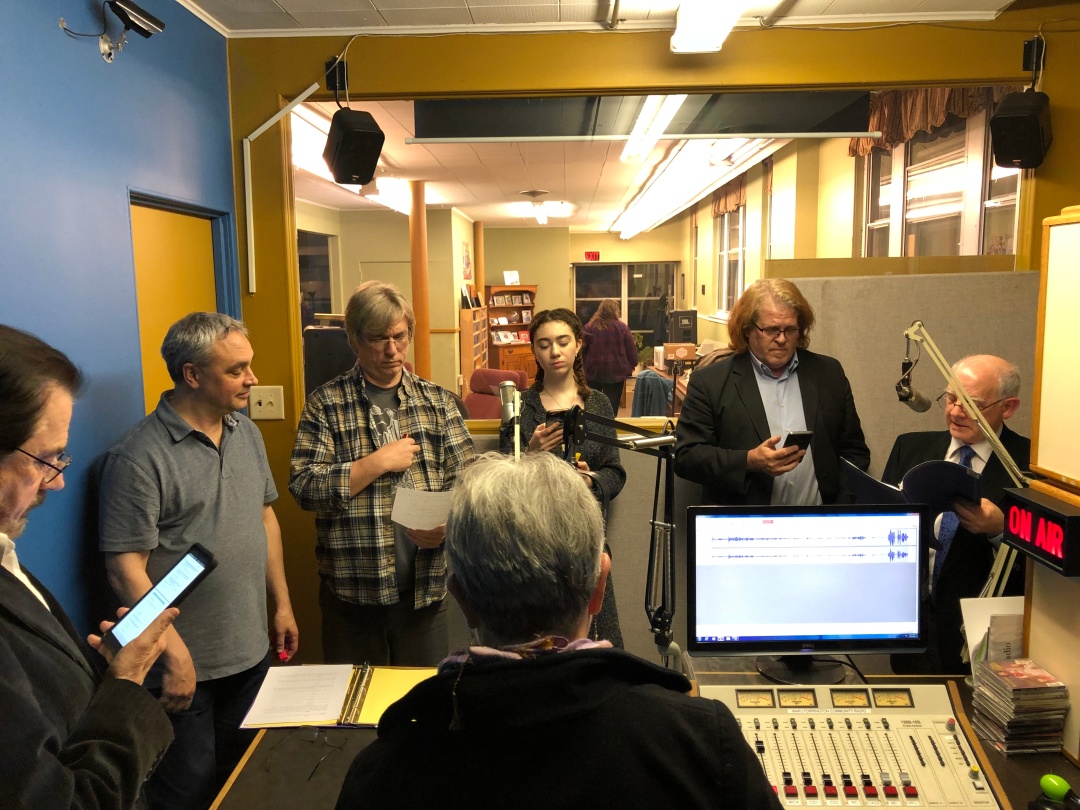 Nutmeg Junction performed full shows live for the very first time on 4/27/2019 at the Center on Main in Falls Village, CT. This is the audio of part two of the evening where the audio theater team performed 3 episodes

In part two our guest conductor for this episode was Mariel who acted in a prior Nutmeg Junction episode as “the doll” in our “Brady Bunch” homage of the Space-y Squad.

Our first story celebrates our “detective” characters all meeting and interacting for the very first time.

Rich Cyr portrays the librarian and also portrays…himself in a conversation with the Conductor, Conrad Sienkiewicz. Phil Hall portrays the Adman.

The second story we ran was a Doc Keen short which was heavy into audience participation.

I decided for the audio of this show to put in the recording of the live “Thank Your Lucky Stars”  story with Olivia Wadsworth as the world’s greatest audio theater magician on Jack Sheedy’s talk show-thank your lucky stars. It features wonderful piano by Robert C. Fullerton and Deborah Goodman as “the volunteer. 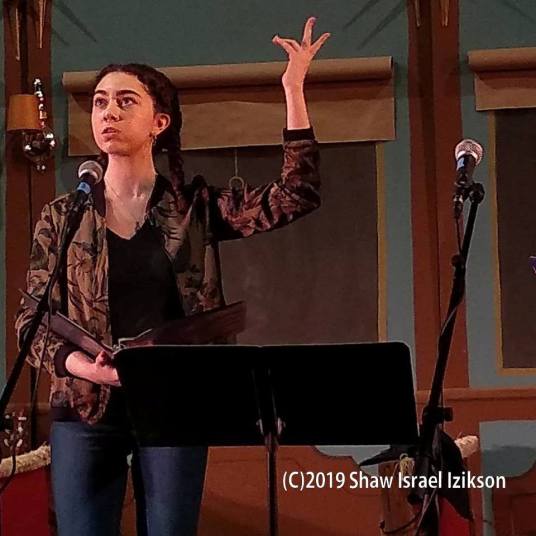 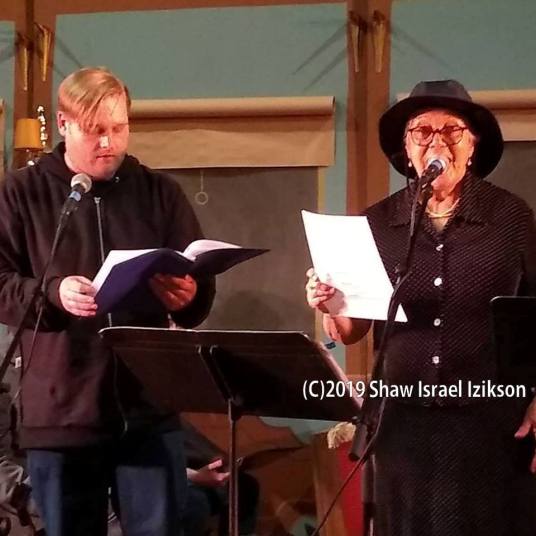 All stories were written by J. Timothy Quirk

Next post will be Part 3, the conclusion of the Live show! 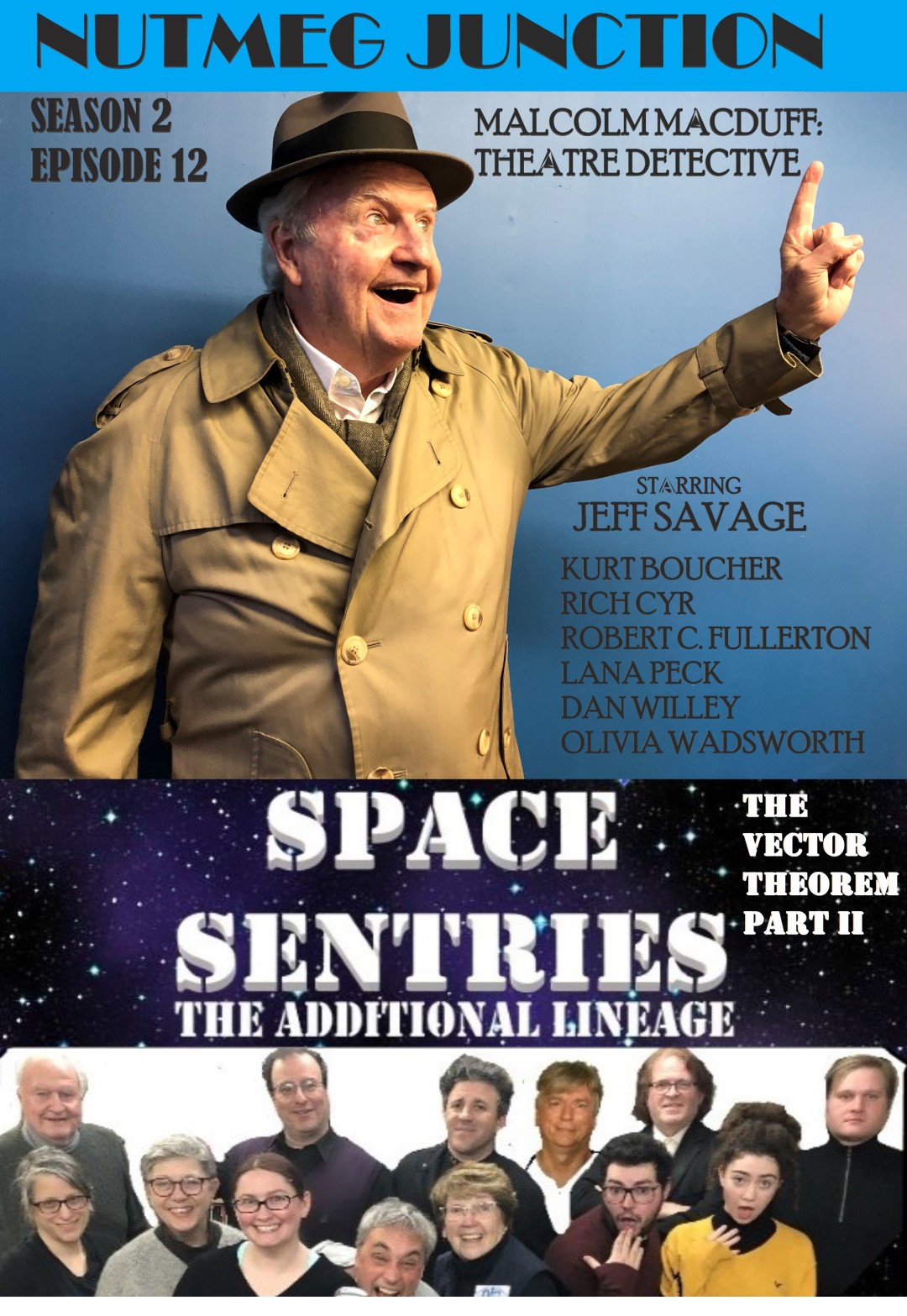 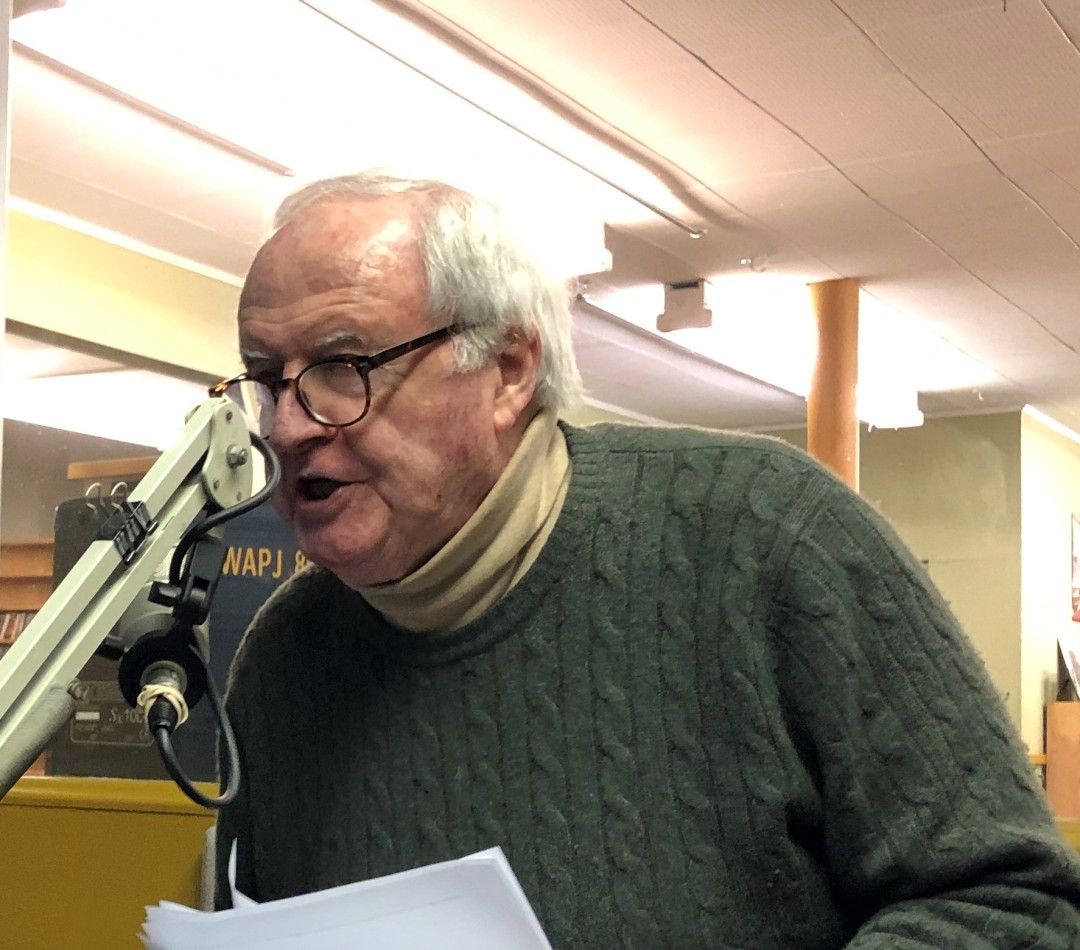 One of the original ideas for Nutmeg Junction that I had yet to write was the Theatre Detective, a Detective that played in to the Theatre tropes of backstage shenanigans. with puns galore.

I finally had the opportunity to write the script and put, if not every Shakespeare pun, certainly everyone I could think of. 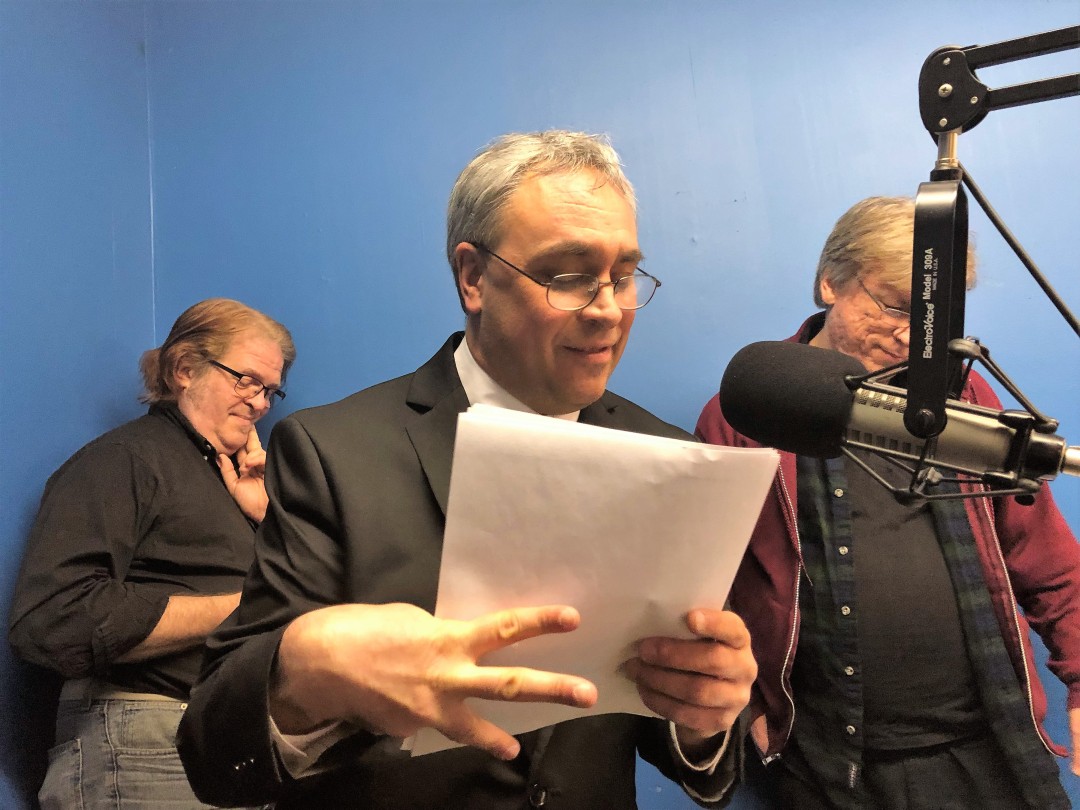 We then continued the story of Space Sentries. I asked which actors would be available and then tailored the second part of the story to include those characters. 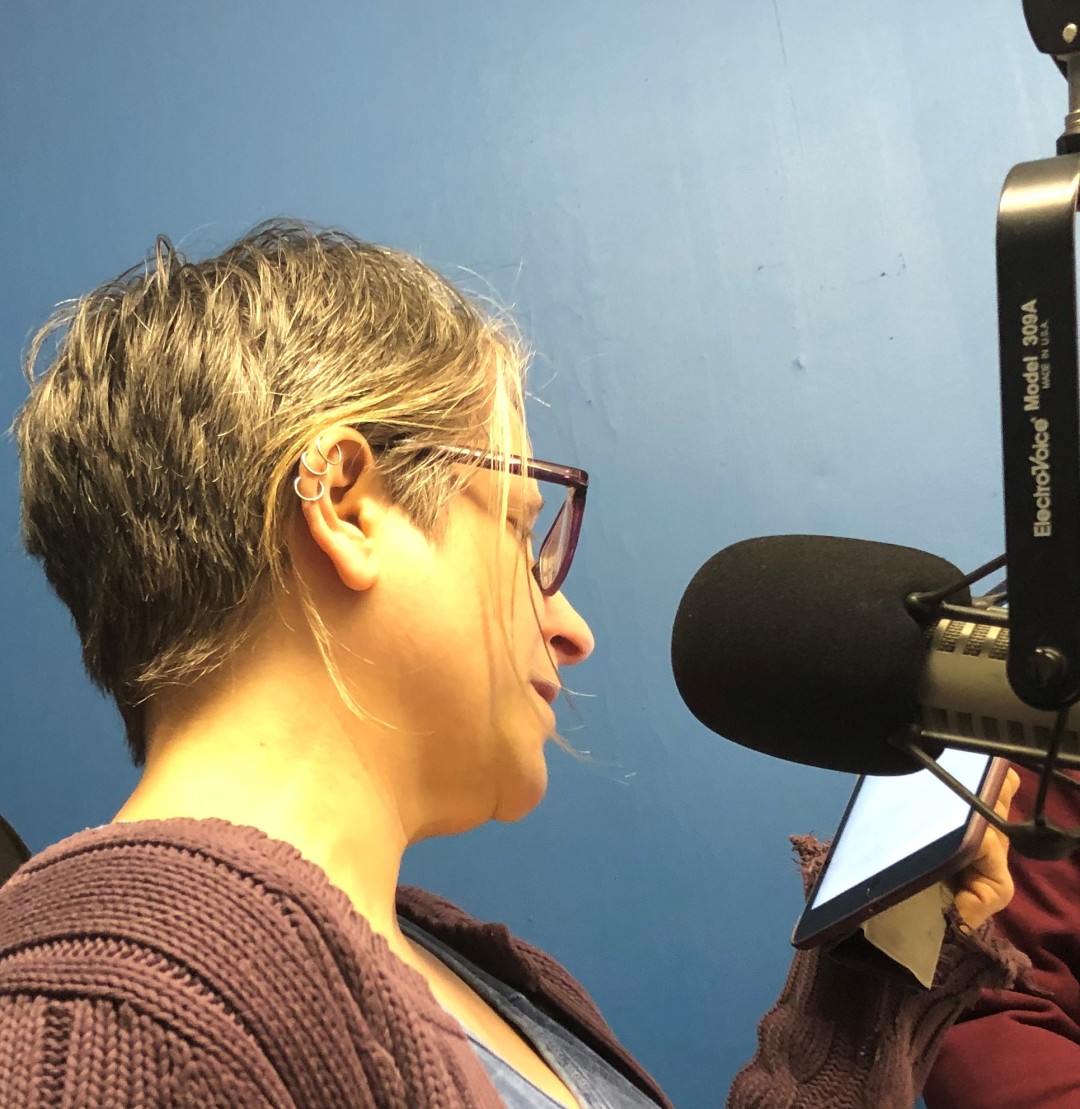 Nutmeg Junction was written, created and produced by J. Timothy Quirk (c) 2019
The program was recorded at WAPJ Torrington Community Radio and is available to all
community radio stations.

and Robert C. Fullerton as Sampson 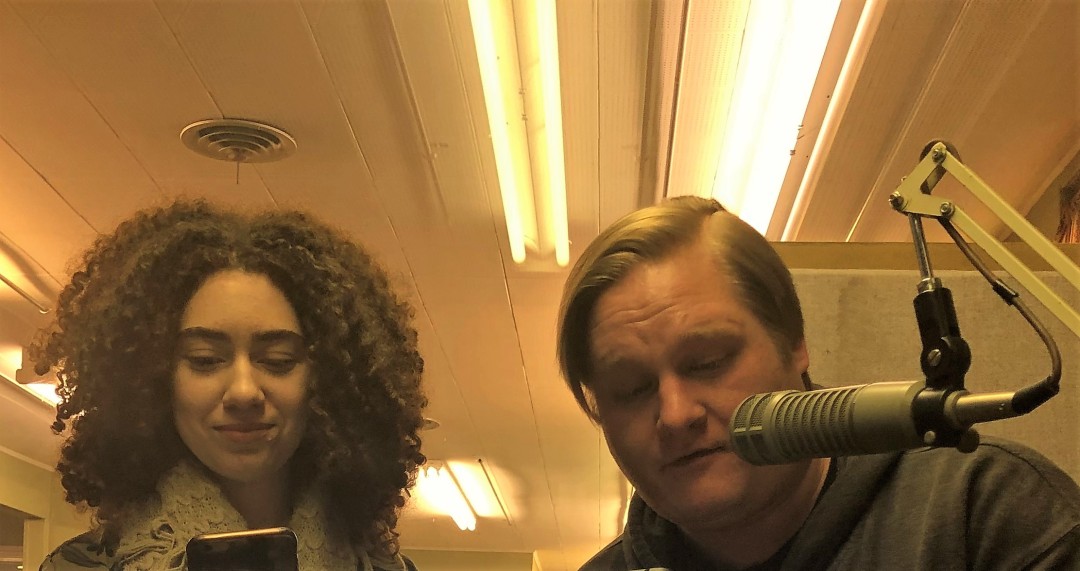 In prior episodes of our “new” old time radio audio-theater program Nutmeg Junction, we presented the concept of “Space Sentries” which pays homage to the classic sci-fi programs of the golden age of radio. We take the concept into the future in this mockumentary where we imagine Space Sentries as a program that has been updated decades later and the amazing concept they come up with..is that the crew is older. 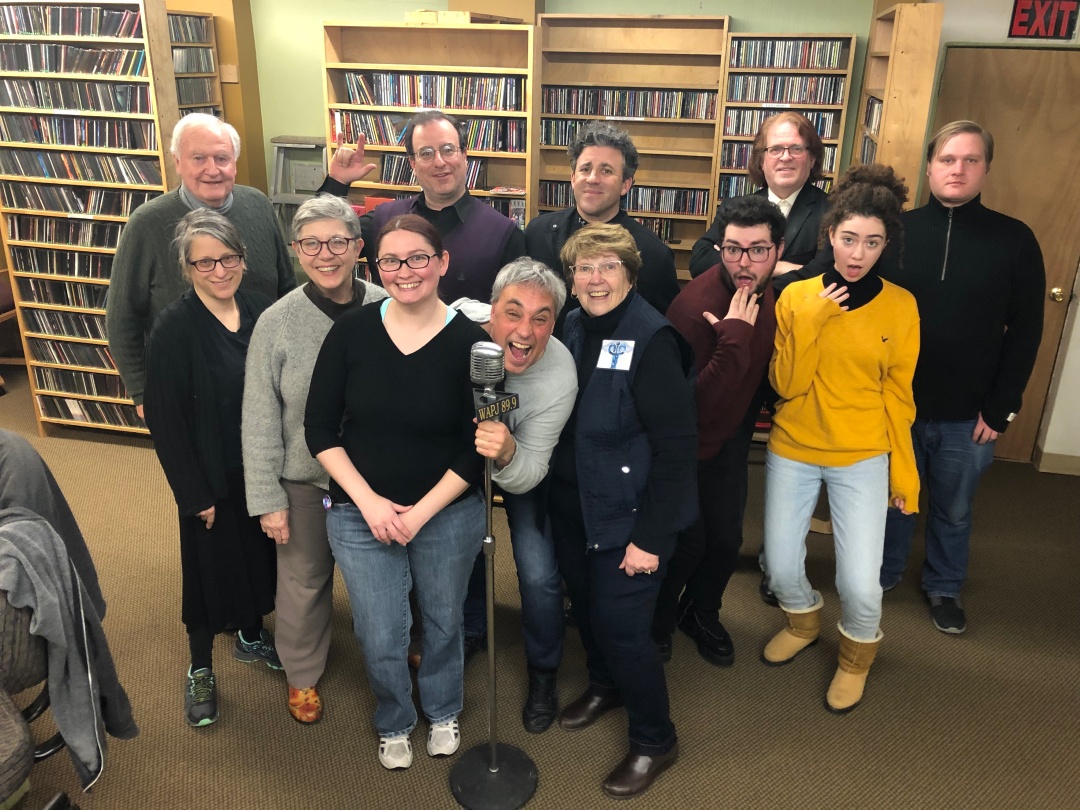 Show notes:
The original concept of Space Sentries was to pay homage to the sci-fi golden age radio programs of old-especially one program in particular that seemed to use sci-fi jargon instead of great sound effects to indicate it was a space program. Having done multiple episodes with characters Ensign Puffle and Commander Alx with Admiral Complication, we expanded the “universe” to include First Op Gillard, Lieutenant Laurel Yannie (which by now is a dated reference which makes it funnier for us), Beautician Jenny Snips, Doctor Wolfe (whose catch phrase is “Oops”), Ace Grimsely and of course the seemingly mythological enemies;the Galaxons.

The conceit of this “update” is to bring the show forward into the future, and by our standards, bringing it up to 1987. We introduce new characters like Captain Hudson, Lieutenant Fields, Murph, Lieutenant Machinery and a producer and a writer for the program.

This was one of our largest groups recording a show so we took shifts to make sure we could do it right. Kurt Boucher (Commander-now Admiral Alx) was under the weather so he recorded his lines at home and we dubbed him in.

Everyone had the script for the mockumentary portion. When we arrived for the rehearsal/recording, I provided the short “The Vector Theorem” which we recorded immediately thereafter.

Private Eye Harriet Holmes is in deep in her investigation of the charismatic Congressman Jack Vindle. Discovering just how Vindle is holding illicit communications outside the public eye, Holmes has to take steps to discover the truth but can she do it in time? And what steps will Vindle take as he learns more about Holmes? Is that Vindle outside her door? Tune in to the thrilling conclusion of Harriet Holmes: Sleep of Angels.
Starring Olivia Wadsworth as Harriet Holmes
and Nick Bourne as Congressman Jack Vindle
with Jandi Hanna, Robert C. Fullerton and J. Timothy Quirk.
Written by J. Timothy Quirk 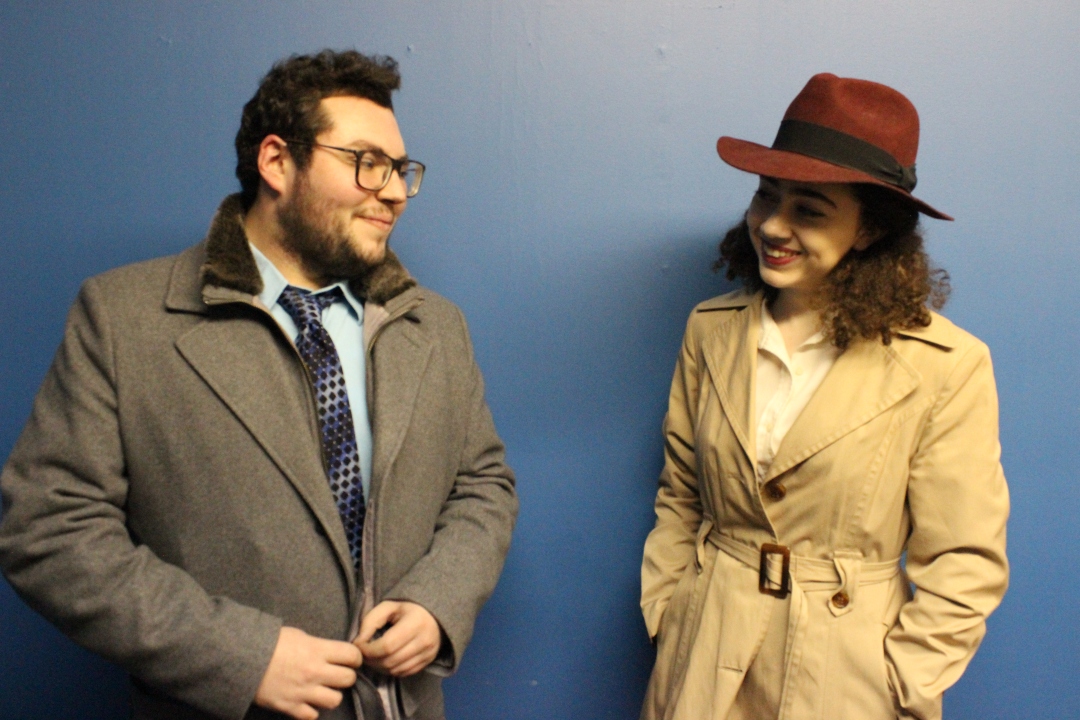 SHOW NOTES:
This 3 part Harriet Holmes story was a departure from our usual parody/comedy style and we enjoyed the challenge of presenting a more adult concept. We determined hereafter that when we do more adult themed/serious stories that we will do so under the Nutmeg Junction Underground banner so there is no confusion.

We didn’t take any new photos the week we recorded this, I believe a lot of us were not 100% as it relates to health.

In conclusion we will do more serious stories in the future, just under the new Underground banner and we hope you enjoyed the tone of this three episode arc!

was written, created and produced by J. Timothy Quirk (C) 2019

Private Eye Harriet Holmes continues to investigate the charismatic Congressman Jack Vindle. Her client, wealthy socialite Muffy Danvers, believes Vindle is having communications outside of the public schedule and she wants to know what they are. Holmes attempts to unlock the mystery that includes discovering the motives of her client.

This series features the original music by Robert C. Fullerton who composed and performed the Harriet Holmes theme.  Musician Robert C Fullerton also acts as Mr. Pierce in our story.

This story is a departure from the usual parody story we often share, it is a darker story and has elements of the Raymond Chandler/Dashiell Hammet school of detective/noir thrillers. With Nutmeg Junction, we celebrate the world of Old Time Radio (audio theater) and there are a plethora of genres that entertained the listening audience. We’ve focused on the comedic aspects of the medium but we can do stories of all varieties and we decided to flex our dramatic muscles with this three part story.

The story was intended to be shared in four or five segments but when our lead actor Nick Bourne had an opportunity to head to the Big Apple, we decided to put the entire story in three episodes. This is why this particular story is only 20 minutes (and we added “Thoughts before Brunch” as a bonus to the episode, but the final chapter (chapter 3) will be the full 30 minutes. 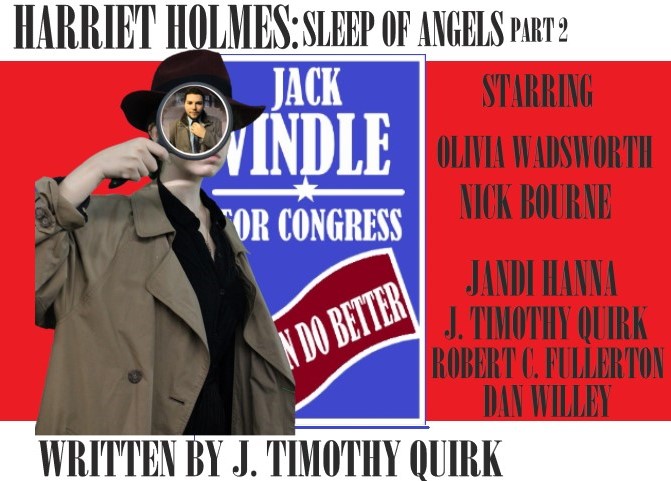 Private Eye Harriet Holmes takes a case to document the comings and goings of a popular Congressman for a mysterious client. Following a car from the Congressman’s home, Holmes and her assistant Otis discover there may be more to the case than meets the eye in this noir style thriller.

In this episode we present the first part of a ‘noir” inspired narrative “Harriet Holmes and the Sleep of Angels.  This story is a departure from our usual lighthearted fare.

The story was intended to be a three chapter arc but we found that one of the key actors in the story, Nick Bourne who portrays Congressman Jack Vindle, will be pursuing theater in the city that never sleeps (and we’re rooting for him!) so we will share the part two of the story next week.
Starring
Olivia Wadsworth as Harriet Holmes
NIck Bourne as Congressman Jack Vindle
Hunter Reese as Otis
with Jandi Hanna, Dan Willey and J. Timothy Quirk 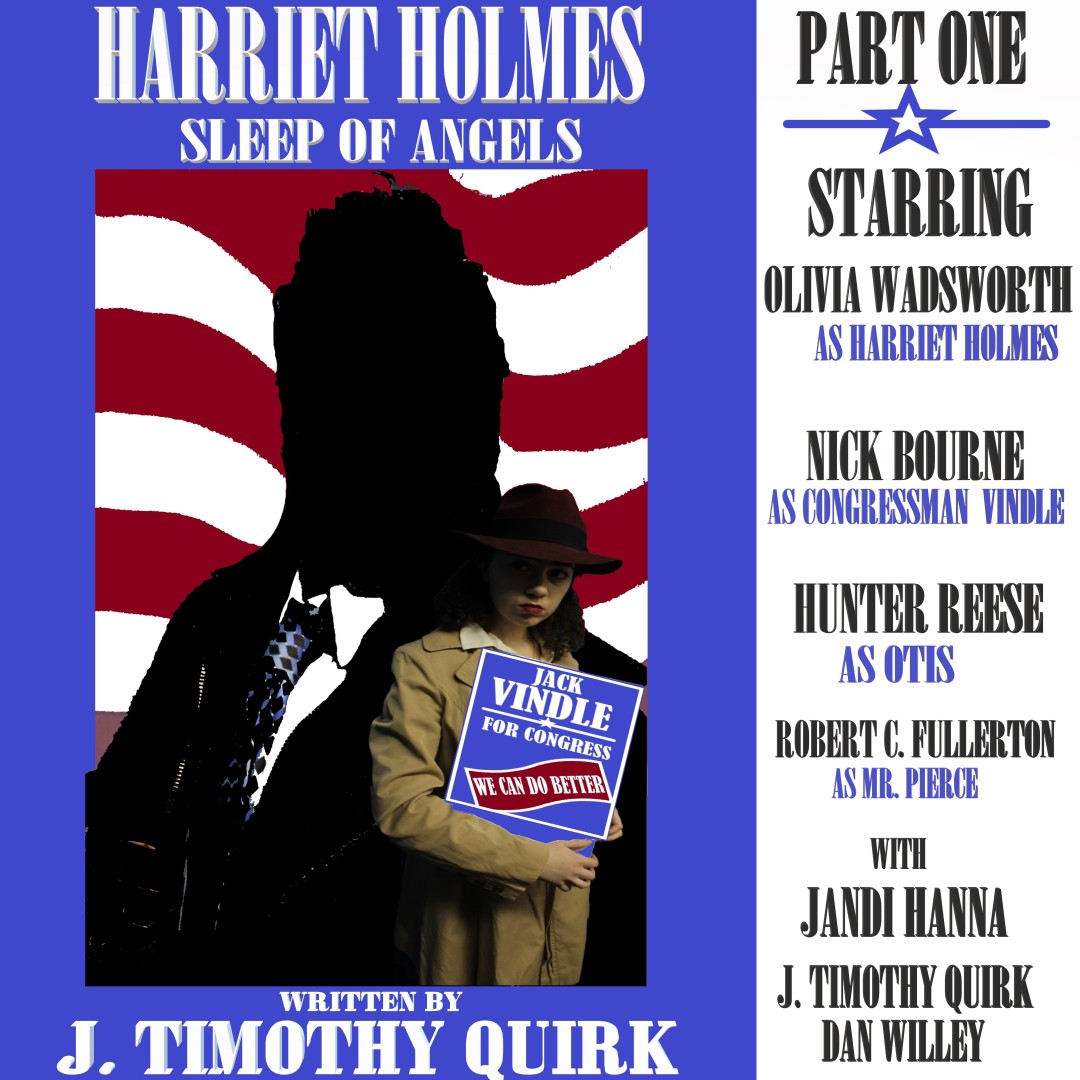 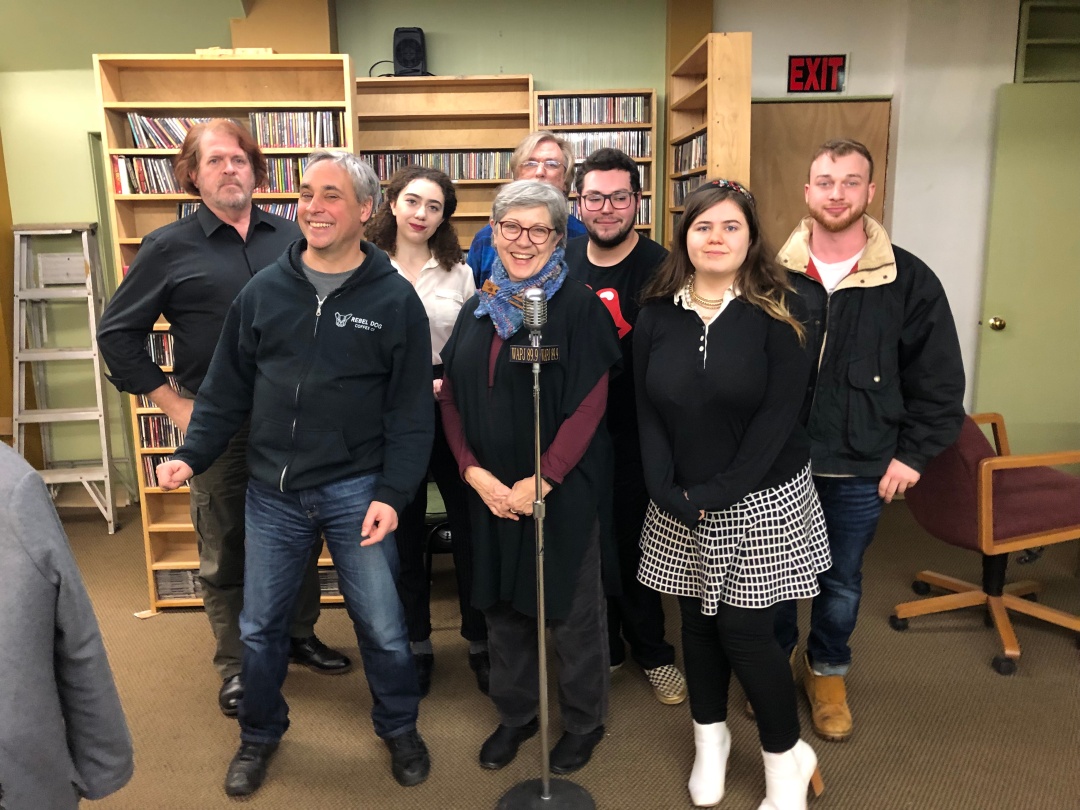 After that we present a sneak peek at special Harriet Holmes story entitled “Sleep of Angels”. 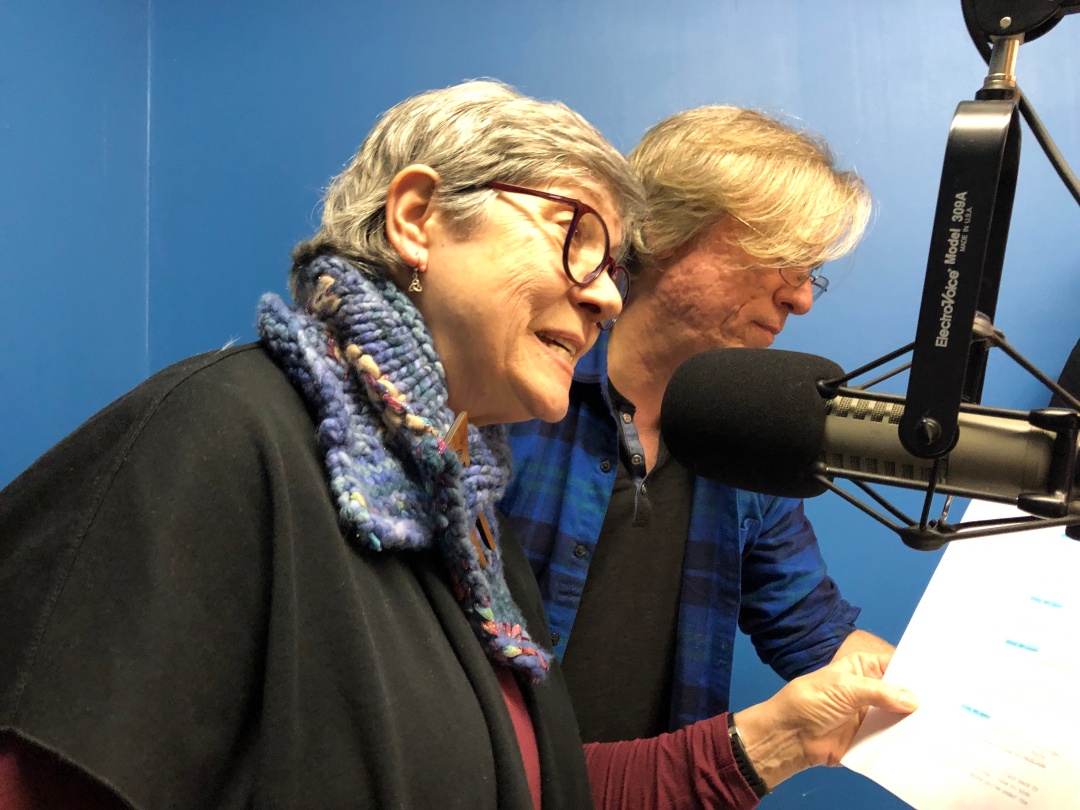 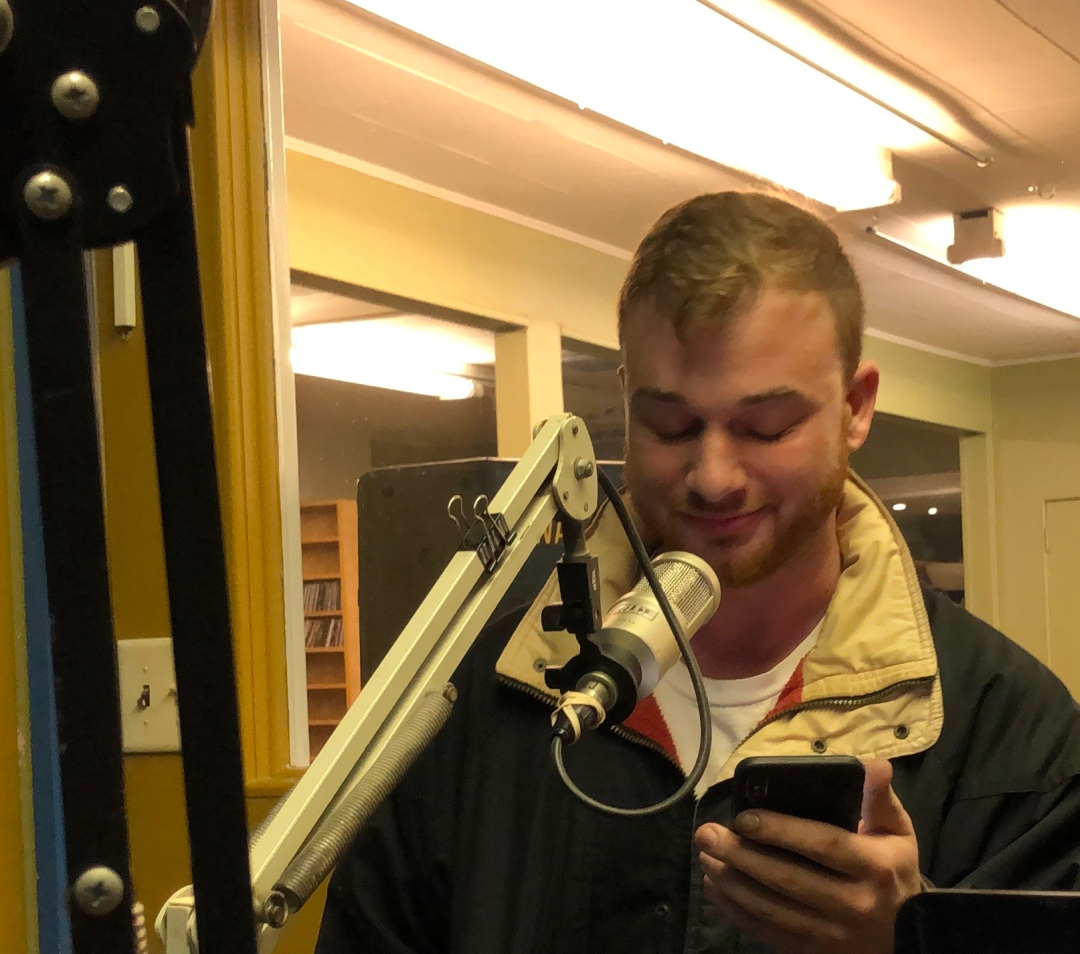 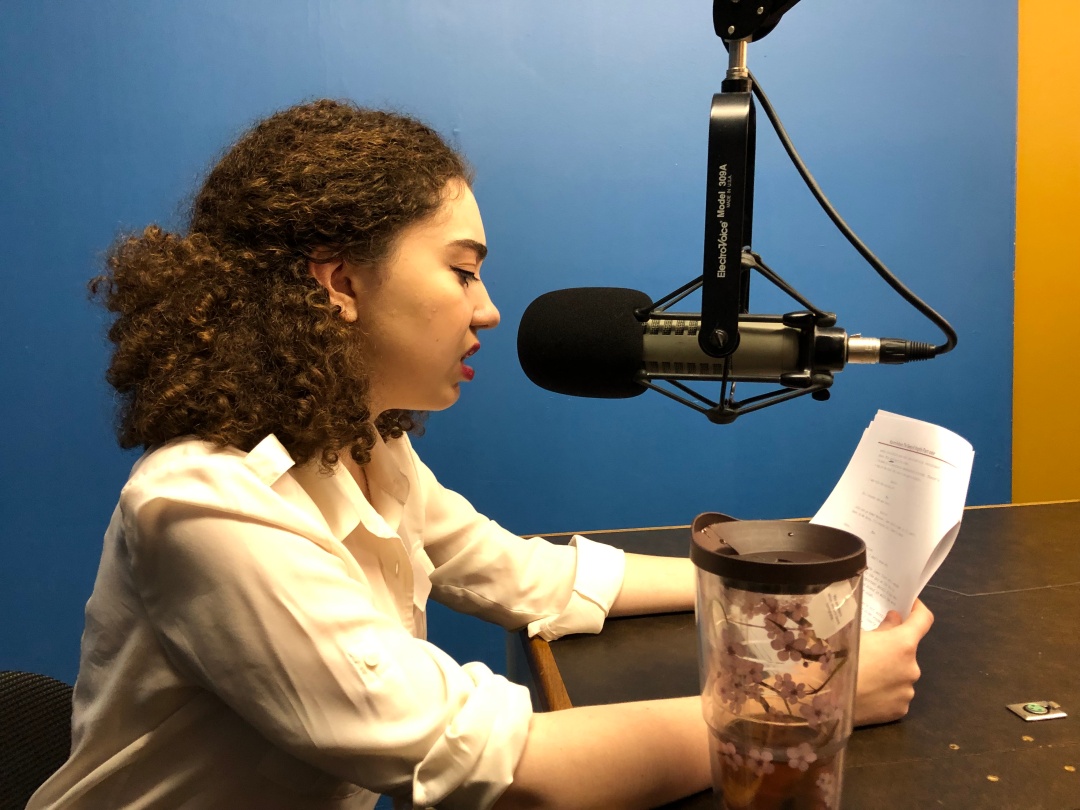 Nick Bourne as the Announcer

Dan Willey as Agent (who happens to come from) Orange

The story pays homage to the Athol-Orange area as we joined the WVAO station and wanted to give some shout outs!

Also we add Space Sentries III, the studio version. We recorded a live version of this short segment in November but we wanted to add a studio version for posterity with better sound quality for the story. 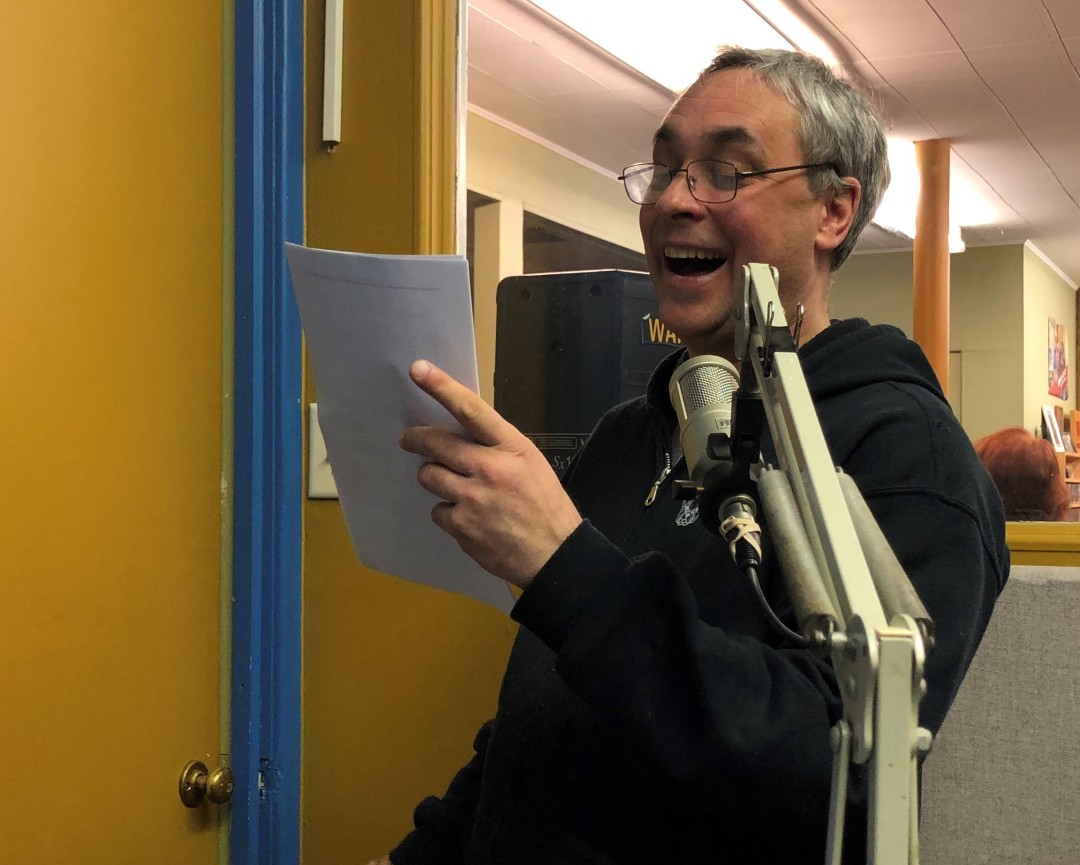 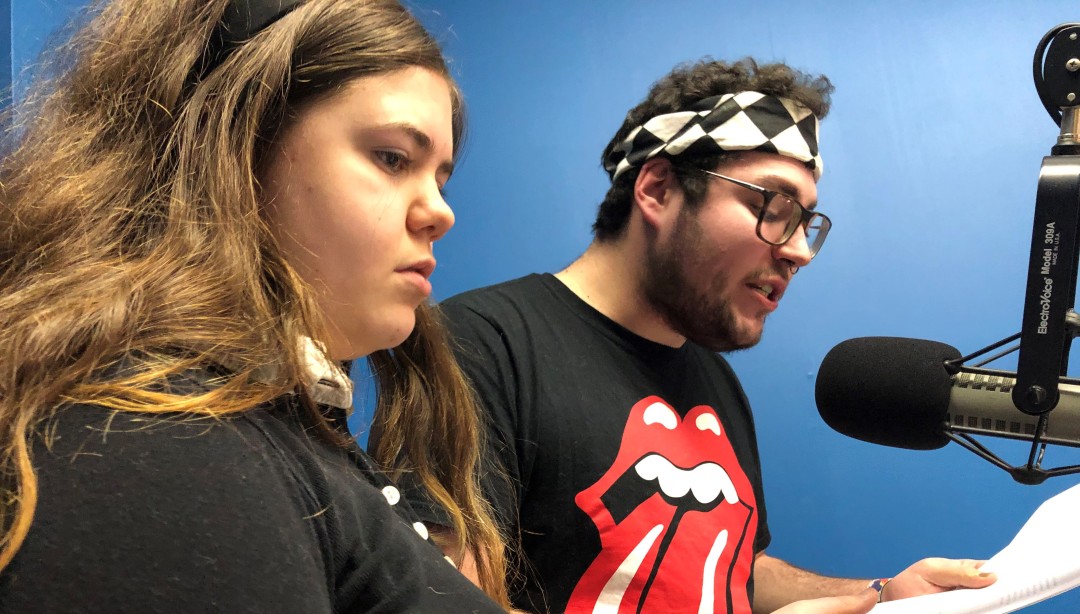 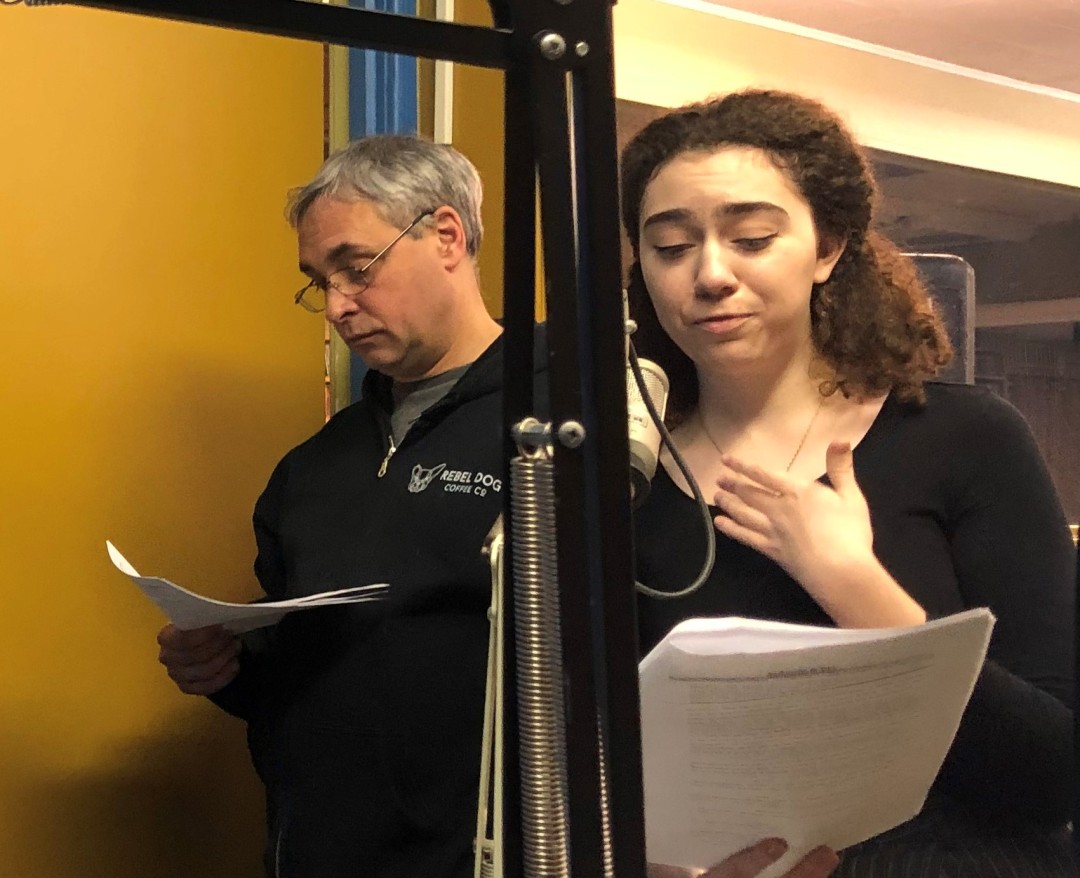