Episode 17: Professor A: Chapter Five: Borrower of the Night

Professor A‘s adventures continue in Chapter Five: Borrower of the Night!   Professor A and Ms. Gentry escape to the planet of an alien world in a mini-universe while Dr. Robere remains imprisoned in the “Welcome Center”,distracting the guard, “Officer Funston” for as long as he can.

We continue the story of this multi-episodic Professor A adventure. Last week’s episode of Nutmeg Junction was Chapter Four and it ended on a cliff hanger. So does this episode!

The premise was established in Chapter Four-that the Uni-Ones came from a different universe and took over this world and began extracting its natural resources and then restricted all access to it from anyone else who tries to visit through the dimensional corridor.

In this episode we learn more from the native inhabitants of the world how the current state came to be.

Our principals (Lana Peck as Professor A, Kurt Boucher as Dr. Robere and Tiffy McKay as Ms. Gentry) return and they are joined by David Robinson, Conrad Sienkiewicz and Olivia Wadsworth.

Olivia was not  present at the time of the original recording so Tiffy provided two voices, Ms. Gentry’s and B1067. We recorded Olivia after we had edited the show for radio release so there are actually two versions of this episode, the one with Tiffy playing B1067 and one with Olivia portraying the character. As the character will continue in the storyline, we’ve updated/edited the show with Olivia’s voice but Tiffy’s voice is preserved in case we do a “making-of” episode at some point!

David Robinson joins us for the first time and portrays “Bearnard (Bear) Sable/C9359).. Robinson is no stranger to stage and screen, and he was most recently in The Post (2017)

Conrad directs the episode and returns as a voice actor for the neighbor role which is nice because Conrad and I are neighbors in real life too!  Conrad will lend his voice to a Harriet Holmes episode within the next few weeks. 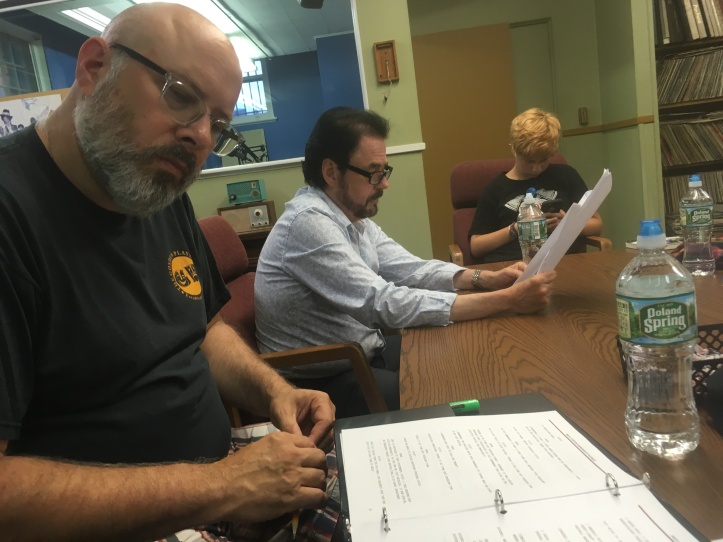 The letters and numbers actually correspond to elements of the story 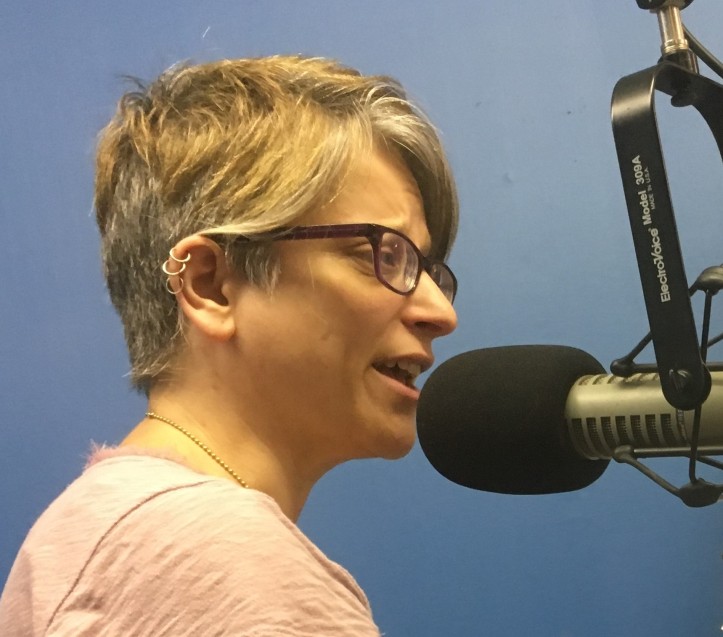 EPISODE 17: PROFESSOR A (CHAPTER FIVE: BORROWER OF THE NIGHT)

LANA PECK AS THE PROFESSOR AND OFFICER FUNSTON

OLIVIA WADSWORTH AS B1067

CONRAD SIENKIEWICZ AS THE NEIGHBOR