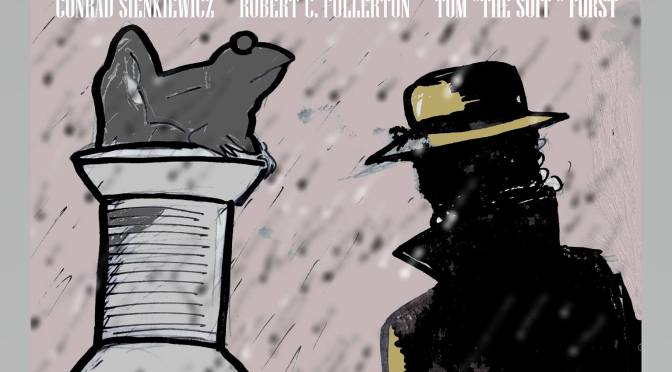 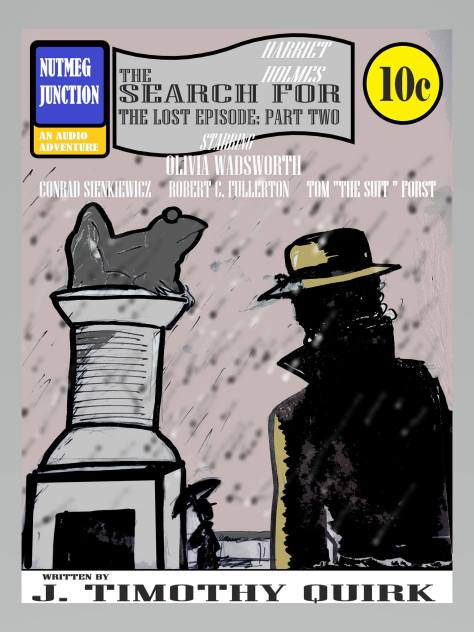 Private Eye Harriet Holmes (Olivia Wadsworth) travels to Willimantic, Connecticut in an attempt to discover the second part of the Lost Episode of Nutmeg Junction featuring the music of Tom “The Suit” Forst” 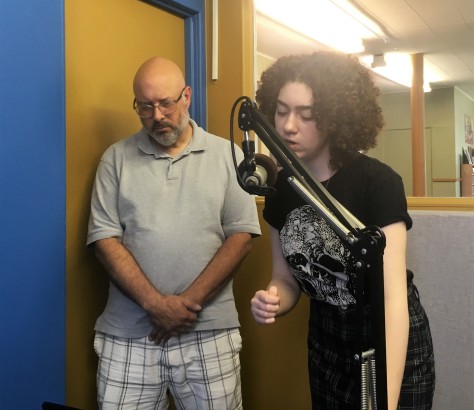 This episode is “part two” of the three part Harriet Holmes and the Search for the Lost Episode saga.

The idea for the Lost Episode revolves around the trope that somehow there was a “missing episode” that didn’t air that has to be discovered. 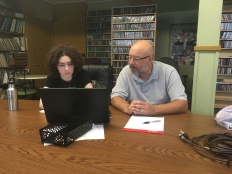 In this case we had some segments that together wasn’t a full show but when put into this format creates a way of introducing a wonderful character-the Harriet Holmes private eye.

When Olivia Wadworth joined our troupe I had pitched to her the idea of a detective story called Harriet Holmes. (see episode 11 for more information).  Harriet’s inaugural episode was a knock out with clever interaction between Jack Sheedy and Jandi Hanna. This episode is mainly a “two-hander” as it is really a two person episode with the musicians recorded separately. Tom the Suit Forst had recorded with us in May. I wanted to air his music before the new album came out.

Robert C Fullerton was a trooper and came in to record his song and his bridge (no pun intended) dialogue, bridging the Holmes portion to the “discovered lost episode” portion of the show. 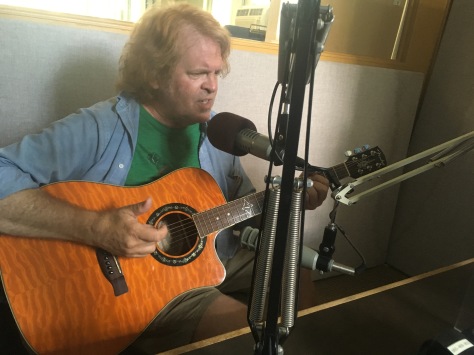 There are many phrases Harriet Holmes says in the opening monologue that I particularly like.  “SNIDELY HAD THE KIND OF A PERSONALITY THAT COULD MAKE ANY FRIDAY FEEL LIKE A MONTH OF TUESDAYS” springs to mind.

Our director, Conrad Sienkiewicz, works in Willimantic and so he was the perfect actor to be the fount of information about Thread City.

I like Willimantic and all of the venues we reference in the show. I’ve never been to the foot bridge but I have been to the Frog Bridge, the Mill Museum, etc. There are many music venues that could fit the bill for that portion of the story so I didn’t specify the location.

EPISODE 19: HARRIET HOLMES AND THE SEARCH FOR THE LOST EPISODE PART TWO

ROBERT C. FULLERTON AS HIMSELF

TOM “THE SUIT” FORST AS HIMSELF

ALL MUSIC PERFORMED FOR THE NUTMEG JUNCTION EPISODE AND USED WITH PERMISSION HOWEVER ALL OTHER RIGHTS ARE RESERVED TO THE MUSICAL CREATOR.