In which the crew of the space ship “Salisbury” arrives at the Vermilion system to pick up First Op. Gillard who had been on shore leave. But how will the Space Sentry Central Command rocket powered transport vessel dock with the Salisbury’s docking station if there’s no engineer to guide the way? Can Ensign Puffle learn the assignment in time?

SHOW NOTES
In Episode 6 we introduced the idea of Space Sentries which is loosely based/parody of the old sci fi shows that had to substitute techno-babble jargon in the place of a budget for appropriate sci-fi ambiance.  Additionally there is one golden age of radio program that certainly hawked a number of products and incorporated them into the stories.

With that in mind, this show is dedicated for the story tellers who learned to utilize the gift of storytelling through toys and imaginative play.  The visual on the episode picture is loosely based on old action figure sets of the 80’s so it gives the impression of them without actually looking like any of them. 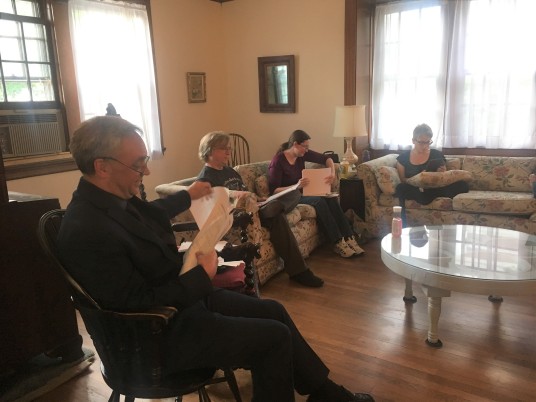 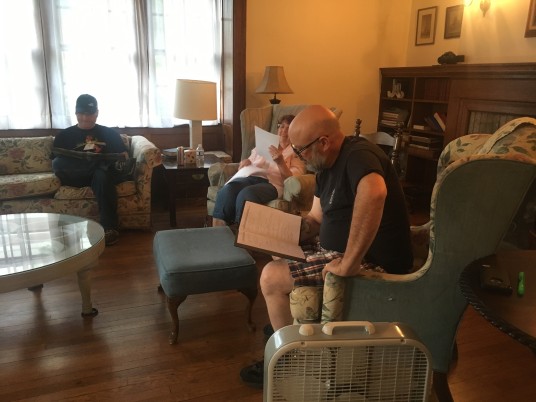 And for a fun treat we also had three more actors join the cast as the voice of their respective “action figures”, Lana Peck voiced “Laurel (Locksmith) Yannie, Tiffy McKay voiced “Jenny Snips the hair stylist” and Sharon Waagner voiced the enigmatic Dr. Woolf saying the character’s most popular catchphrase.

This episode was tricky to edit as there were four separate audio tracks.

Dan and Sharon both rehearsed with the team on rehearsal night but unfortunately had other obligations for recording day so we recorded them separately (on a Wednesday night).

Then I recorded Lana and Tiffy separately as their action figures only had a few phrases. Well technically Lana’s toy only says one phrase and Tiffy’s figure says one phrase but at the hair salon play set there’s an additional sound that has Jenny Snips say “I’m going to need a bigger comb!” 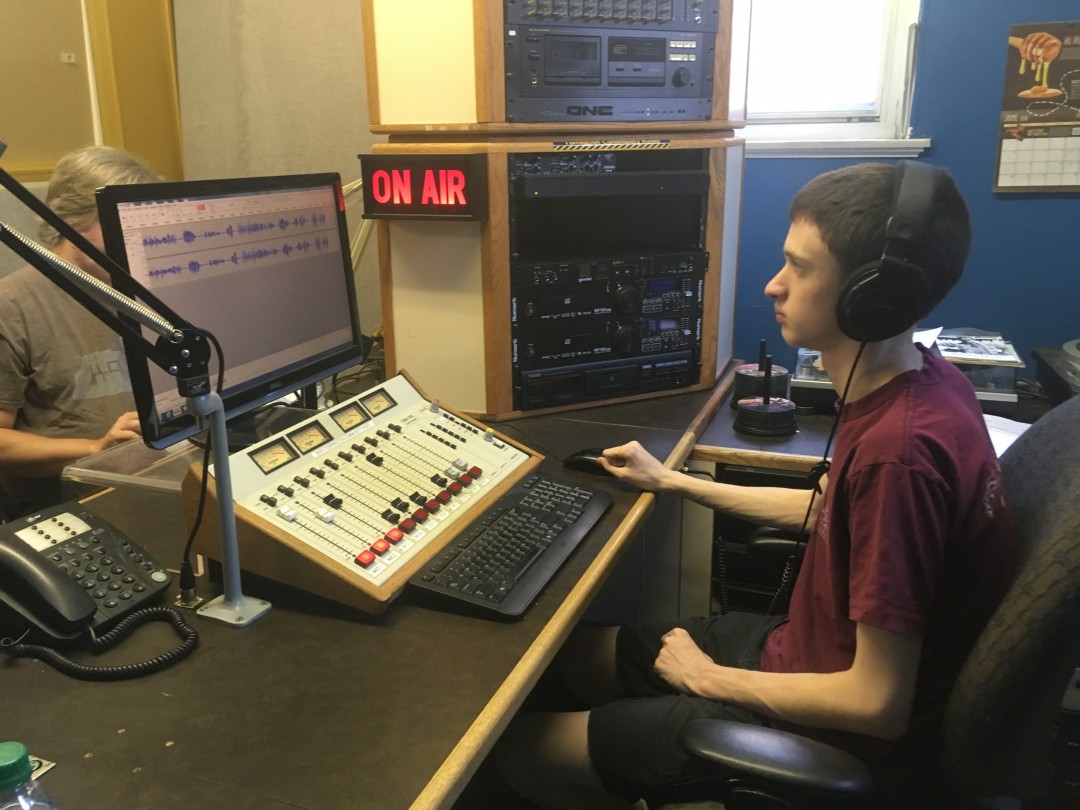 In my formative years I enjoyed the Star Wars action figures and I can assure you, Hammerhead had greater adventures in my charge than he ever got in the movies.

But in this episode there’s a reference to the old MEGO toys because I refer to a vinyl play set like I used to have with the Star Trek bridge and my sister had with a Wizard of Oz play set.

On the day of recording Rich came off work later than expected so i had to record HIM separately.

So this is one episode where during recording, to help everyone know the pacing of their lines, I voiced every single character from the announcer (Conrad) to Puffle, Alx, Gillard, Complication as well as Yannie, Snips and Woolfe and yet no one will ever hear my versions of these characters as I edited myself out and put in the proper voice in.

In total the editing process had four separate vocal tracks then I added the music and sound effects.

For the main recording day, I had help as Rich Boucher manned the controls and ensured the levels of the performers were in the correct range. We look forward to his work in the future if he chooses to join us on future adventures!

Side note: in the future no one will really get the Laurel Yannie reference. Suffice it to say that for a minute in 2018 facebook blew up with people hearing either Laurel or Yannie in an audio file. Given what we were doing with audio files, I felt this is entirely appropriate to name the character Laurel Yannie.

So we will continue to tell Space Sentries stories and build the crew of the “Salisbury”. The ship is named for a town in the broadcast range of WHDD which plays our program Nutmeg Junction on the multiple stations of the robinhood radio network.

Everyone who was involved in this particular episode enjoyed working on it. We’ll be bringing Dan and Phil back on more adventures in different roles.

We have a big summer planned.

CONRAD SIENKIEWICZ AS THE ANNOUNCER

Nutmeg Junction theme song by Robert C. Fullerton all rights reserved to the performer and used with permission.