Episode 227: The Sesquipedalian of Nutmeg Junction features Kristin Moresi in the title role with Marilyn Olsen, Olivia Wadsworth, Phil Hall, Kurt Boucher, Jeff Savage, Jack Sheedy, Rebecca Rosewood and John Fabiani.  In the American west where words have the ultimate power, who else can win a reasoned and informed debate at high noon other than…the sesquipedalian? Find out in this episode!
Also featuring a bonus encore presentation of Thank Your Lucky Stars: What’s Kazoo with You? Featuring Jack Sheedy, Robert C. Fullerton with Kurt Boucher, Olivia Wadsworth, David Robinson and Jandi Hanna

Show notes: This episode has already received considerable positive feedback from listeners who enjoyed the story of a word-slinger of the American West. The script took some time to develop and ultimately I believe the story pays off the premise’s promise. It is ultimately a message of admiration to the teachers, especially the English/Language Arts teachers, who inspired us.

This is Kristin Moresi’s first starring role. Kristin joined us for Pride and Prejudice (as Jane Bennett) and we recorded this episode on the same day.

Marilyn Olsen made a welcome return to Junction as the inspiring teacher Ms. Tutor. 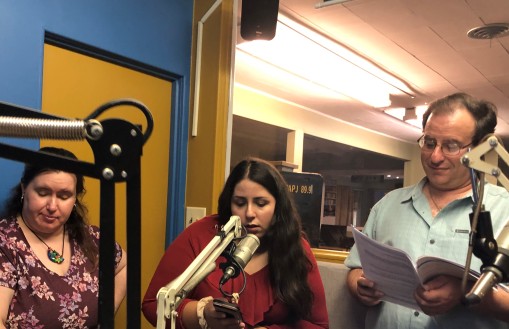 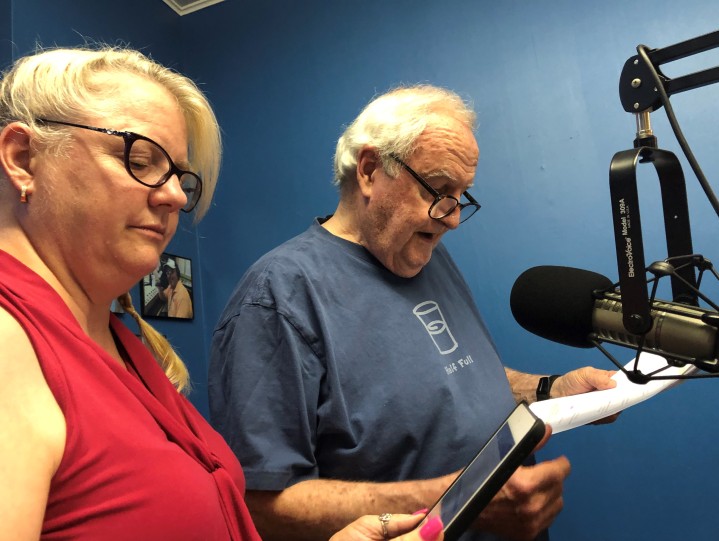 I enjoyed the idea of Kurt Boucher as the Mayor becoming Jeff Savage’s prospector character (NOOOOO!!!!!) and Phil Hall’s Marshall Withers becoming Jack Sheedy’s Withers as a member of Marshall Bull’s gang.
Marshall Bull was portrayed by Olivia Wadsworth who will be acting on stage in the Warner Theater’s “Wait Until Dark”  Sept 21-29 in Torrington, CT.

John Fabiani impressed us in last week’s episode with his British accent as Mr. Wickfull. In this episode he joined us as the American west barkeep. Lots of voices from Mr. Fabiani and we’re going to explore more in upcoming episodes!

The music was created by J. Timothy Quirk, a three or four chord number with whistling on reverb and some horse sounds embedded into it.

Was written, created and produced by J. Timothy Quirk and recorded at WAPJ Torrington Community Radio.

Kristin Moresi as The Sesquipedalian

John Fabiani as The Bartender