The story of this episode starts with Lana Peck, an original cast member and essential member of the Nutmeg Junction theater company.

Lana’s father Shelby Peck was a teacher and fiction writer with an interest in a particular pulp novel hero and he wrote fan fiction for a fanzine that discussed their favorite hero. 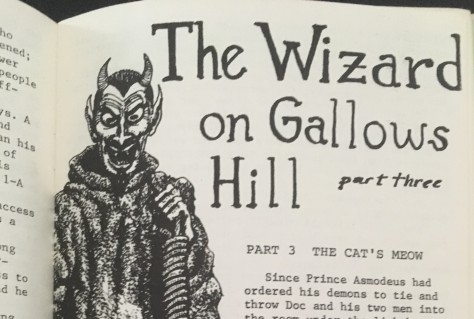 As we created Nutmeg Junction, Lana noted that the genre of audio theater we were creating fit her father’s stories very well so we set about putting them into our own world, in our own way. We changed names and added comic elements that her father would have approved of.  We created “Golden Age Budget Conscious Adventures of…” as an interesting way to tell a story but in reality our show is at its best when there are more sound effects and music so as we continue to tell Doctor Keen stories, we’ll continually add more elements every time. This week had no music for the main story. When we return, we are thinking of bringing kazoos into the equation. By the time we do the character five times or so we may have the full orchestra style program.

This episode brought back nearly every member of the original cast (we were missing Conrad and Caroline Sienkiewicz) but we look forward to another opportunity to bring the whole original cast together soon!

Jandi Hanna portrays Michelle Smalls and Rich Cyr portrays Long John. We also had Kurt Boucher as “Knuckles” though he is the one taking the photos and not any of the at-microphone shots.

The villains of this story are portrayed by Josh Newey and Robert C. Fullerton 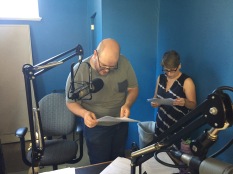 EPISODE 21: DOCTOR KEEN AND THE PHENOMENAL FIFTY IN THE WIZARDS OF GALLOWS HILL

WRITTEN AND DIRECTED BY LANA PECK AND J. TIMOTHY QUIRK

LANA PECK AS THE NARRATOR AND SAMANTHA THE CAT

DOCTOR KEEN WILL RETURN NEXT MONTH FOR THE CONCLUSION OF “THE WIZARD OF GALLOWS HILL!”