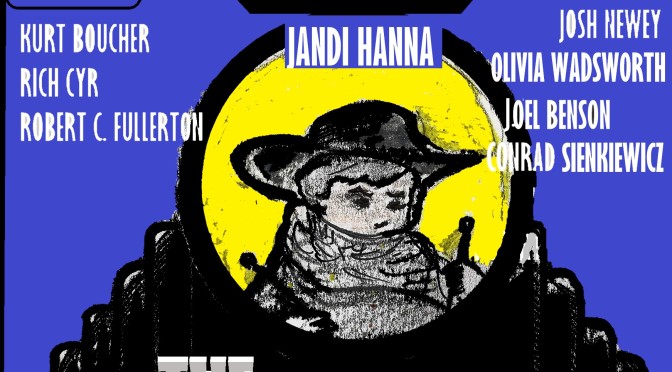 The Grey Whisper Returns: Attack of the Vampire Sloth (Part One) sees the return of our seminal noir character “The Grey Whisper” who is a master of disguise, a fighter of crime and a wonderful knitter. Secretly she is Madeline Forthright, wealthy socialite about town who helps the police on a number of cases and she’s always assisted by her faithful friend and confidante Rusty.

In this episode, they investigate the strange circumstances of what appears to be attacks by a vampire sloth! And we learn how The Grey Whisper’s agents identify each other with the ring and the secret passphrase! 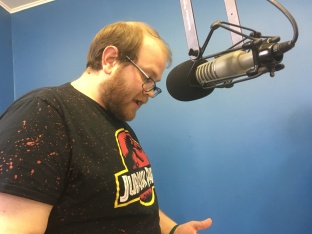 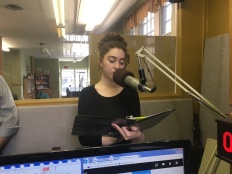 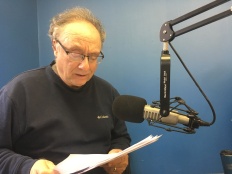 This was a very fun episode to rehearse and record because it was essentially a full story of one of our characters (so not a 10 minute story but almost 30 minute story) and at this point our Nutmeg Junction team was feeling very comfortable with how we go about doing the show and we can enjoy our familiarity with the characters.

It was phrased that with every script, I get better as a writer and I hope that’s true. Certainly one benefits from experience and practice and knowing the “tropes” of the genre helps inform the writing even more.

There’s a shout out to our stations because we are currently in stations in the tri-state area (and one station in Kimberly, British Columbia) so we had a specific shout out there when mentioning our “agents”!  We’re going to do more of that so we can give thanks to the stations who put us on the air! 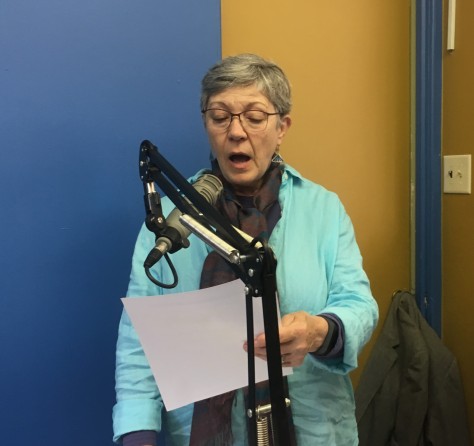 Jandi Hanna and Rich Cyr make a wonderful team. The interesting thing about this show is that they were able to rehearse together but Rich couldn’t be there for the taping so we recorded him separately and I played his part during the regular recording and then edited him back in.

I enjoyed the “audio-tape” idea instead of a podcast for instructions on how to be a Grey Whisper Agent!

Also for recording, both Josh Newey and Kurt Boucher had to arrive an hour later (we knew this in advance) so the scenes they had were together and we recorded them separately as well so it worked out well again. 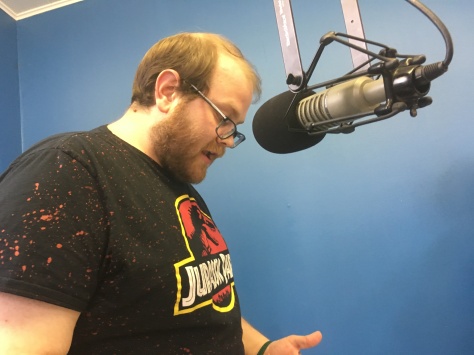 Our guest once again was Joel Benson (who came in and helped on Tex Bijou!) We enjoyed his work as “Nurse Bob” !

And Olivia Wadsworth was featured as Dr. Beverly Gatwell which was a fun role.

Robert C. Fullerton did a wonderful job as Dr. Unhippa (which I find to be a very funny character) but his voice is also unrecognizable and wonderful as Mr. Fudderman. I was going to play that part and yet when RCF handled it, we needed no one else for it! 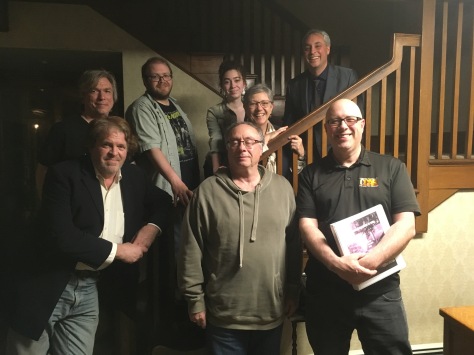 For the record, the passphrase is:

Agent One: “THE WIND WHISPERS AT MIDNIGHT…”

Agent Two: “…BUT THE VIRULENT ENTOMOPATHOGENIC FUNGUS IS THE ENEMY TO MANY AEROPLANKTON BEFORE MIGRATION IN WARMER CLIMATES”

There are many scripts where it’s fun (and funny) to put in these types of phrases for our actors to work on!

This was written as episode 10 and we recorded it around the same time as Tex Bijou (episode 8) but editing was so extensive I saved it until I had time to do it.

JANDI HANNA AS MADELINE FORTHRIGHT AND THE GREY WHISPER