In Season 2  Episode 26 of Nutmeg Junction, we present “Masters in Pieces Theater with Austen-Tacious: Pride and Incredulous” it posits the question “What would life be like for the Bennett family if they lived in modern day Litchfield, Connecticut. Written by J. Timothy Quirk, the program aired the weekend of 8/24/2019 through 8/26 on the stations that air the Nutmeg Junction radio program.

Note: It only occurred to me when creating the artwork for the show that we should name it something other than Pride and Prejudice so I renamed it “Pride and Incredulous”

In this episode we welcome back Marilyn Olsen. Marilyn’s first performance with Junction was on Episode  14 “Battle of Elsenorift” and then she returned with the CT Lipstick Project for Episode 35 where she portrayed Inspector Trompe-Loeil in “3 Hours to Midnight”.  When Marilyn first says “OOOOHHHHH Mister Bennett…” it made me laugh and so happy. Marilyn will be in next week’s episode “The Sesquipedalian”. 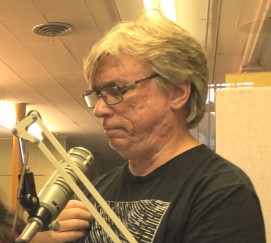 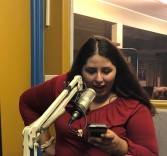 We also welcome Kristin Moresi to Junction. Merosi portrays Jane Bennett in this piece. I enjoyed the say she says “Torrington” so magically in part two of this episode as if it were some far off land of wonder.  Merosi will return next week for The Sequipedalian in the title role.

We also welcome John Fabiani to Junction. Fabiani joins us for the first time as Mr. Wickfull. I really like his character choices on this episode and in the smaller role in “The Sequipedalian” next week, two very different characters with very different sounds.  I’m looking forward to seeing just how many voices he can do!

Speaking of the capacity for providing many voices, Rebecca Rosewood has been with us since Episode 220 (Death Plays the Ukulele” and shared her wonderful vocal talent most notably in last week’s episode (225) as Marcie Lyme in Harriet Holmes and the Long Game.  Rosewood portrays Liz Bennett and she nails it as Austen’s protagonist. I recommended to Rosewood that she look to the Jennifer Ehle version of the character as a guide and she did that!

Phil Hall as Mr. Collins has some particularly fun lines including his “pick up line” and subsequent qualifier and modifier which seems so befitting a modern take on the character.

The music for the dance scene was created by my daughter, Mariel. Thank you!

Jack Sheedy has a particularly identifiable “voice” that I can write to and when I wrote the announcer, I had that voice in mind, also allowing him to ad-lib some of the lines.

Melissa Gabehart’s Lydia was a fun counterbalance to the wild Lydia of the book because in modern America, Lydia wouldn’t be that wild at all. It reminds me that I need to write a new Snarflepoofs segment for a future episode so we can have Melissa’s “Sneetchey” return!

There was a portion of the story where I sing (as Kitty) in falsetto My Bonnie Lies Over the Ocean perfectly dreadfully. While editing, I found 1) it wasn’t needed 2) it wasn’t as funny as it was doing it live. 3) it took too much time in the story and there was no way to edit it down sufficiently to make it work, so I removed it and the episode is better for it.

Olivia’s delivery of “I’ve been invited to a “mosh-pit”. I don’t know what it is, but it sounds DIVINE” makes me laugh.

Kurt Boucher’s juxtaposition of yelling “I shall have it!” and his “ad work” in selling an energy provider service is inspirational.

Jeff Savage as Mr. Bennett is perfectly cast and his delivery in every line is pitch perfect. His character’s discussion of “mascara” was a favorite during the recording session.

We want to thank Nicole Boucher for providing some guidance and feedback on the script.

For the cover art, we didnt have the actors dressed up as their characters so i was going to do a “group photo” before looking at the covers to some pride and prejudice volumes where there’s just a silhouette. Generally speaking I dont have a lot of profile photos of the cast, everyone is usually standing in front of their mics and I’m at the seat at the board but one night Jandi Hanna took some photos and one photo of Olivia seemed to be the best candidate for the attempt and with some work, we now have the silhouette cover.

Then we have Spaceship Junction Episode 2: The Gravity of the Moment featuring Patrick Quirk as Ensign Patrick, Rich Cyr as Captain Puffle and J. Timothy Quirk as the voice of the Junction Instruction. 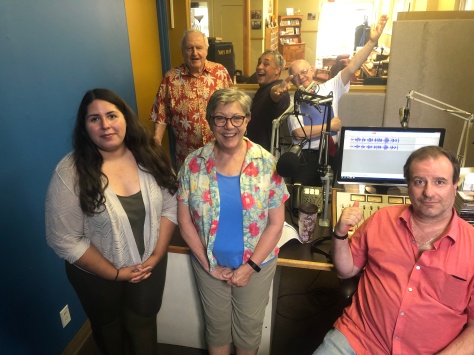 Listen HERE:
It was fun to revisit the Harriet Holmes character with a one-off adventure.  We recorded the audio in different times and settings which made the editing process more of a challenge than usual but the end result flows well.
The second story was with Ensign Patrick and Captain Puffle and introduces Navigation officer Mariel. This was a lot of fun for Patrick and Mariel to work together. 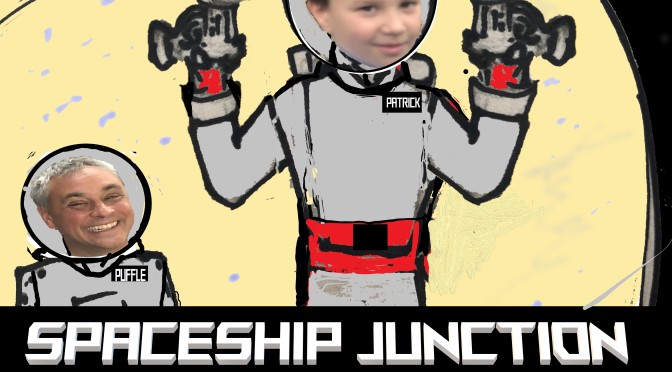 Nutmeg Junction Episode 224 is an examination of SPACE! First we introduce a new series called “Spaceship Junction”  where Ensign Patrick and Captain Puffle begin an adventure that will impart some knowledge on space travel and science! Then we return to some favorite Space stories, “Blaze Jackson: Galaxy Adjuster” and “Space Sentries: 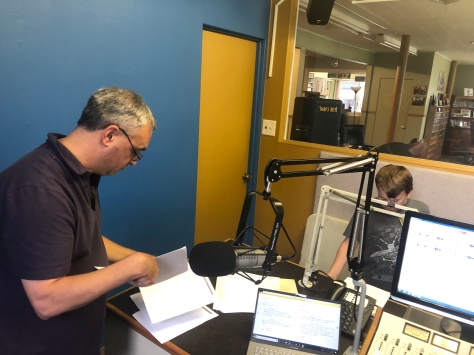 This fun space set features a new way to share some real information about science in a fun and entertaining way in Spaceship Junction. This first story features Ensign Patrick (Patrick Quirk) with Captain Puffle (Rich Cyr) and we learn about what the Karman line is.  We hope this is an ongoing part of Junction.

There were many fun aspects of this show. My nephew took on his first radio acting duties as Ensign Patrick. Patrick joined us for the live show in April and since then I wanted to have him experience what it was like to record at the studio! We hope to do many more with this creative and talented young man!

I also found the opportunity in the Go-No Go poll to feature some friends from across the North American continent! I invited friends from Illinois, New Mexico, Arizona, western New York, upper central New York, Massachusetts and Canada to add their voices

It was a challenge to put every piece together but once completed, I feel it worked to give a full audio experience of the launch of the spaceship.

with the vocal talent of: